At last!  I have my new glasses to replace the ones the pup ate!  So, back to stitching at last!  The last six weeks have felt like six months and today I spent all day piecing.  Piecing is not my favourite thing but a necessary evil to get to the fun stuff - embellishing!
So, I pieced my block for the Hearts for Sendai using jewel tones and some kimona fabrics I had. 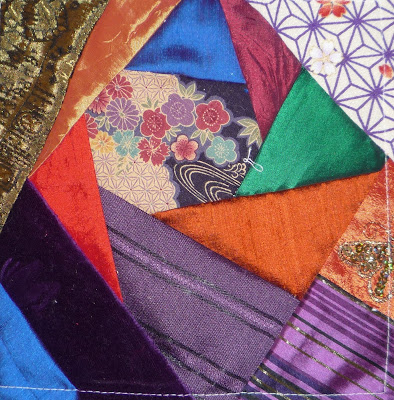 Along the same theme, I pieced a friendship heart for Hideko.  The members of CQI are making these for Hideko to express our love and affection for her as well as our sympathy for what the people of Japan are going through following the earthquakes and tsunami.  Following the theme of the mourning hearts that Hideko has made and shown on her blog, we are making the hearts in mourning colours of black and grey. 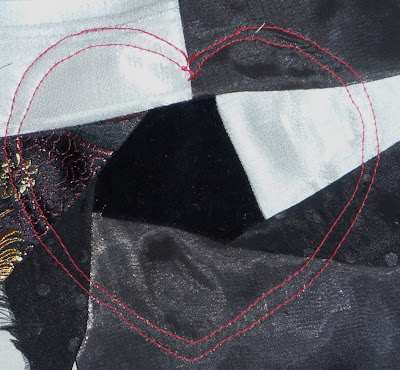 I got myself the job of making the nametags for this year's CQI retreat in Colorado.  So, between us we decided to piece cq nametags that the attendees can have beforehand and embellish themselves for retreat.  These are a couple examples but I've made over 20 over the last few days.  I think this will be good fun - hope everyone else likes the idea as much as I do! 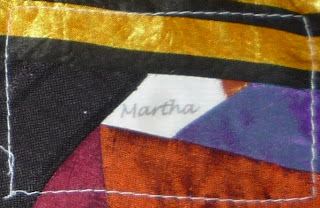 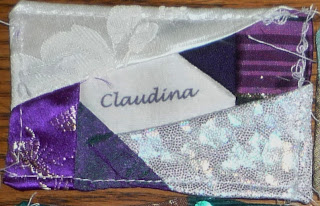 oops!  Looks like I have run out of room for photos!  I'll have to show you the rest of what I did tomorrow...

Anonymous said…
I love the name tag idea! I treasure the ones I have from previous retreats, but these will be extra special.
April 7, 2011 at 10:32 AM

Dianne said…
You've been a busy girl! The block is fab (as always), the heart is lovely and the pieced name tags for embellishment is a fantastic idea! As always, thank you for sharing, Kerry! Cheers, "BabyDi"
April 7, 2011 at 8:44 PM