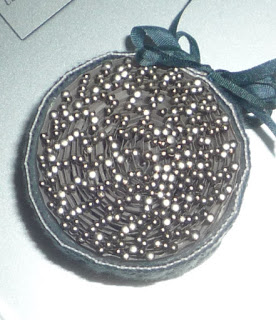 Look at this first photo - it looks like one of those photo puzzles, Whazzit?  Well,as you can see it is the top of my little pinholder! 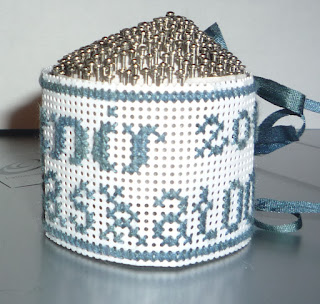 This was one of the nicest little token gifts I received at a meeting in Saskatoon last year.  It was a kit which was packaged prettily in a little blue gift bag and included the pinholder, perforated paper, silk threads and ribbon along with a pattern with a choice of several designs to cross stitch.  I thought it was one of the most clever little things and couldn't wait to work it up, although it did take me six months to finally get around to it! lol 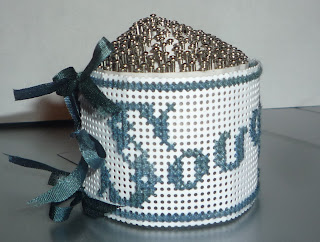 I chose the pattern which read Souvenir of Saskatoon 2012.  The pattern was modelled after vintage postcards.  After affixing the perforated paper to the pinholder you add three little silk ribbon bows to finish it off.  Isn't it the cutest thing? 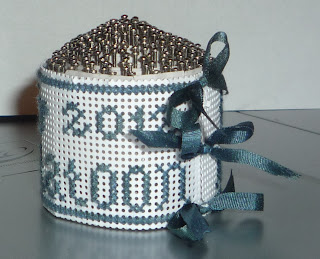 Now that I have caught up on my crazy quilt round robin obligations, I am dabbling in a few other small projects I have sitting around like this.  I feel like it is time for an occasional break from cq, and time to play around with other forms of needlework again. 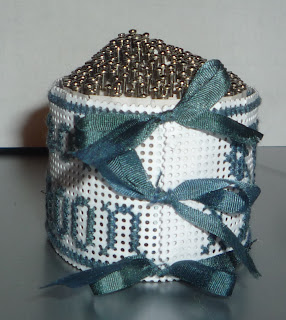